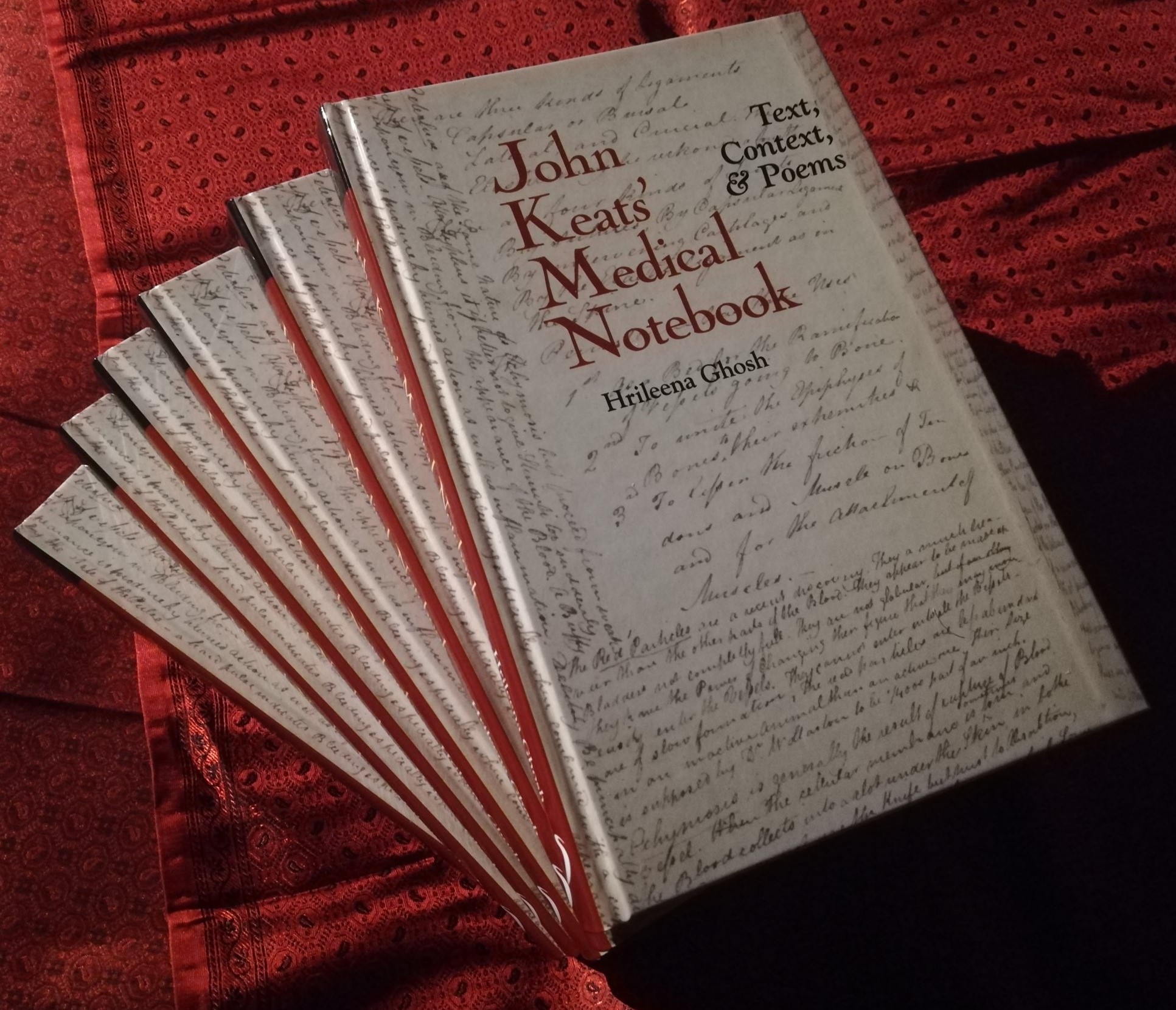 Keats Foundation administrator Hrileena Ghosh’s first book, John Keats’ Medical Notebook: Text, Context, and Poems, published by Liverpool University Press, focuses attention on an important but hitherto neglected Keats manucript: the notebook Keats maintained while training as a surgeon at Guy’s Hospital, London from October 1815 to March 1817, even as he simultaneously made his way as a poet.

Reconstructing the lively medical world that played a formative role in Keats’ intellectual and imaginative development, the book shows the intriguing connections between Keats’ medical knowledge and his greatest poetry. It offers new research on Keats’ medical career – including a new edition of his medical Notebook compiled from manuscript – and recovers the various ways in which Keats’ creativity found expression in his two careers of medicine and poetry, enriching both. Topics explored include the ‘hospital poems’ Keats wrote at Guy’s; the medical milieu of his daily life; his methods of working as revealed by his medical Notebook and other archival sources; and the medical contexts that informed his composition of Endymion (1818) and the poems in the collection Lamia, Isabella, The Eve of St Agnes, and Other Poems (1820).

John Keats’ Medical Notebook: Text, Context, and Poems reveals how Keats’ visceral knowledge of human life, gained during his medical training at Guy’s, transformed him into the ‘mighty poet of the human heart’ that he was to become. It is available from Liverpool University Press and can be ordered at their website: https://www.liverpooluniversitypress.co.uk/books/id/51580/