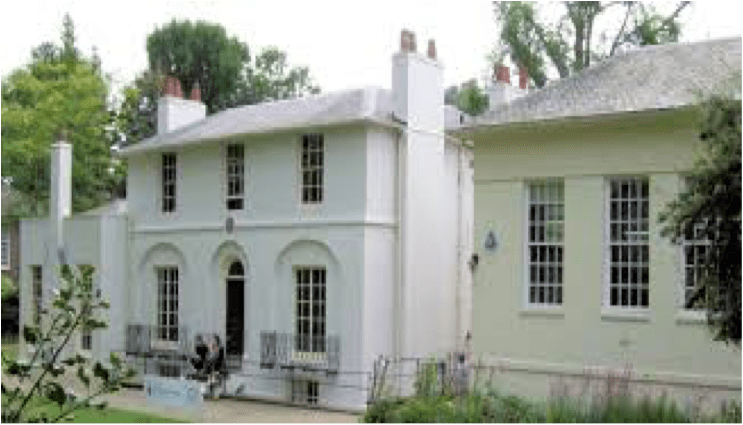 John Keats, 1817: Moments, Meetings, and the Making of a Poet

Keats Foundation is delighted to announce its fourth bicentenary conference, John Keats, 1817: Moments, Meetings, and the Making of a Poet, to be held at Keats House, Hampstead, Friday 19th to Sunday 21st May 2017.

So many important things happened in 1817 for John Keats, from his decision to quit medicine and the momentous publication of Poems to his seeing the Elgin Marbles, meeting Isabella Jones, writing his ‘Negative Capability’ letter and finishing Endymion just as the first of Blackwood’s attacks on the ‘Cockney School’ began. As 1817 drew to a close Keats was at the ‘Immortal Dinner’ in Haydon’s painting room. Much that influenced Keats’s later writings and literary relationships was put in motion during this eventful year.

Please propose papers on any aspect of Keats’s writings, life and literary relationships in 1817 and beyond. A bicentenary focus 1817-2017 would be helpful, but all paper proposals on John Keats and his circle will be welcomed.

Twenty-minute papers are now invited on all aspects of ‘John Keats, 1817: Moments, Meetings, and the Making of a Poet’—in his poetry, letters, manuscripts, life, and posthumous reputation (myths and memoirs; biographies; critical reception; creative afterlives and legacies – poetry, painting, imagined lives). Papers will also be welcomed in relation to his circle of friends, including (but not limited to) Fanny Brawne, Charles Brown, Lord Byron, Charles Cowden Clarke, William Hazlitt, John and Leigh Hunt, Isabella Jones, John Hamilton Reynolds, Joseph Severn, Percy and Mary Shelley. Keats’s first collection of poems was published in March 1817 and on the bicentenary of this momentous event we would welcome papers on Keats’s books (his own, those he read, those he published, and other variations); his publishers; the book trade, Romantic book making and books as material objects; and also on Keats the reviewer and reviews of Keats.

For obvious reasons, all papers should have a significant Keats dimension.

Lectures and papers will be presented in the spacious Nightingale Room adjacent to Keats House. We anticipate leisurely walks to explore the Keatsian locality, Hampstead Heath, and Leigh Hunt’s Vale of Health. For further information about Keats House, please visit https://www.cityoflondon.gov.uk/things-to-do/keats-house/Pages/default.aspx

Registration will open on 20 March 2017. Our aim has been to keep this as simple as is practically possible, and we have kept the costs of attending this year as low as possible. The registration fees set out below cover administrative overheads, teas, coffees, wine reception and so on, for the duration of the conference, as well as the conference dinner on Saturday, 20th May.

To postgraduate students and unwaged we offer a concession fee. Lunches and dinners will be improvised at local pubs and restaurants, and are not covered by the conference fee. Overnight accommodation during the conference is wholly at the discretion of participants.

Early paper proposals and booking are recommended. If you have significant funding deadlines please alert us to these.

The 2017 registration rates are confirmed as follows:

£130 for the full conference, including a one-year Supporter’s subscription for the Keats Foundation, valid from 1 June 2016.

£100 for the full conference for existing Keats Foundation supporters in year 2016-17.

For postgraduates and unwaged, we offer a full conference concessionary rate of £70, including a one-year Supporter’s subscription for the Keats Foundation, valid from 1 June 2016.

£45 for the full conference for existing p-g/uw Keats Foundation supporters in year 2015-16.

Full details about how to become a Keats Foundation supporter (actual cost £25.00+£3.00 processing fee) now can be found at https://keatsfoundation.com/support/

Please note that all payments via PayPal will be subject to an additional £3.00 administration charge. Details of how to pay the registration fee by PayPal will be released closer to the date of registration in mid-March. Alternatively you can pay by sterling cheque only made out to ‘Keats Foundation’, and mailed to John Keats Conference, School of English, University of St Andrews, KY16 9AR Scotland UK.